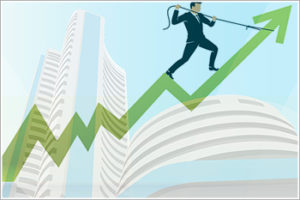 In a recent major study conducted by Thomson Reuters and the Georgetown Law Center on Ethics and
the Legal Profession; entitled, “Alternate Legal Service Providers 2019, Fast Growth, Expanding Use and
Increasing Opportunity”, found growth in the Legal Outsourcing industry grew approximately 25 percent
from $8.4 billion in 2015 to $10.7 billion in 2017.

The study based on a survey of 335 law firms and 182 corporations focused on key back-office legal
tasks traditionally done by law firms and corporate legal departments; such as, Litigation and
Investigation Support; Legal Research, Document Review; eDiscovery and Contract Extraction /Analysis.
An overall major finding of the report was the fact that the market for Legal Outsourcing is experiencing
rapid growth at a rate exceeding expectations in both the law firm and corporate legal department
sectors.

Corporate Use Growing Faster Than Predicated

The Legal Outsourcing industry is set to undergo rapid growth over the next 5 years and is predicted to
grow to a $40 billion market by 2024. Fueling this demand are corporate legal departments that are
under intense pressure to increase efficiencies and reduce costs in managing and processing the massive
volumes of legal documents in today’s digital age. Accordingly, the use of Legal Outsourcing for
conducting back-office legal tasks has created a paradigm shift in the way the legal industry performs
routine legal functions.