To understand what Legal Outsourcing 2.0 is about, you need to meet our people. We are early adopters of technology and have put together a rich mix of quality US and Indian legal talent.

The ability of any company to deliver on its promises is only as good as the people charged with doing so. It is of little importance when a deadline is upon us, where the CEO went to school or what other companies they have worked for. What is important is the background, experience and character of the person designing the solution, overseeing the work and ensuring the quality of deliverables. Of equal importance is the background, experience and character of the person making sure the right mix of people are hired and rigorously trained so that they can flawlessly perform their duties. Success is driven by ability and attitude, not what is on a resume. The attitude of each of us at Legal Outsourcing 2.0 is to serve.

Our attitude was well stated one hundred thirty years ago, by a then little-known Indian attorney who wrote: 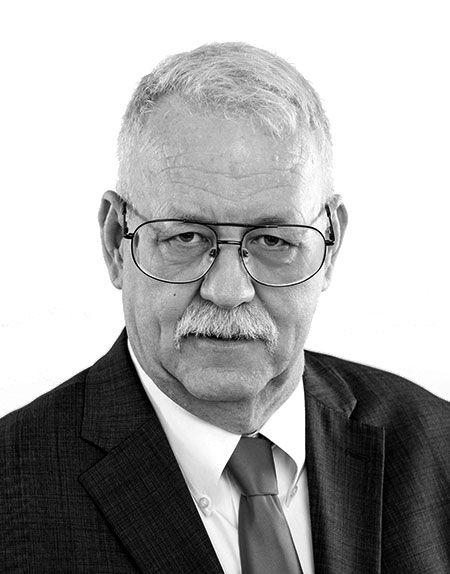 HARRY BUCK is the Founder and CEO of Legal Outsourcing 2.0. He oversees the operations in the United States from New York. His mission is to help guide Legal Outsourcing 2.0 to become the best LPO in the world. The quality of the service we provide is the metric by which he is judged.

Harry practiced law, mostly as a litigator, for about 15 years. During that time, he was twice elected as a State Bar Commissioner and he was also elected as a member of the American Board of Trial Advocates.

Harry’s first job in legal technology was with Document Technologies (now Epiq) in 2005. He was certified as a Litigation Support Professional and designed and sold discovery and document solutions for large law firms and corporations. He also worked for a couple smaller eDiscovery companies in New York before working in legal outsourcing.

Harry left the legal outsourcing space and became a VP of Sales and Marketing for a legal productivity software company and later a Director of Growth and Partnership for a legal AI company, LegalSifter. While working for LegalSifter he was approached by a group that knew of him from his legal outsourcing days. Shortly thereafter Legal Outsourcing 2.0 was formed and Harry became its CEO.  LegalSifter became the company’s first client.

Under Harry’s guidance, the company has already begun to hit its stride.

The company’s initial focus was to help create high quality data from which algorithms could be developed for legal concepts.  We have helped develop close to 1,000 algorithms from early stage LegalSifter to a Global 100 electronics giant.

As a consequence of helping develop legal AI tools, we have developed expertise in creating deliverables by using the tools we helped develop and keep a team busy doing that.

We do litigation document reviews on behalf of smaller clients and small law firms to Global 100 clients with Amlaw 50 law firms.

Additionally, we perform data breach notification document reviews for several of the largest cyber security consultancies in the world and are one of only two data breach review partners of Canopy, the tool of choice for performing data breach analysis.

Harry received his BA from Brown University and his JD from Pace University School of Law.

He has been certified as a litigation support professional.

In his spare time, Harry serves as the president of the Metro NY Chapter of ACEDS. 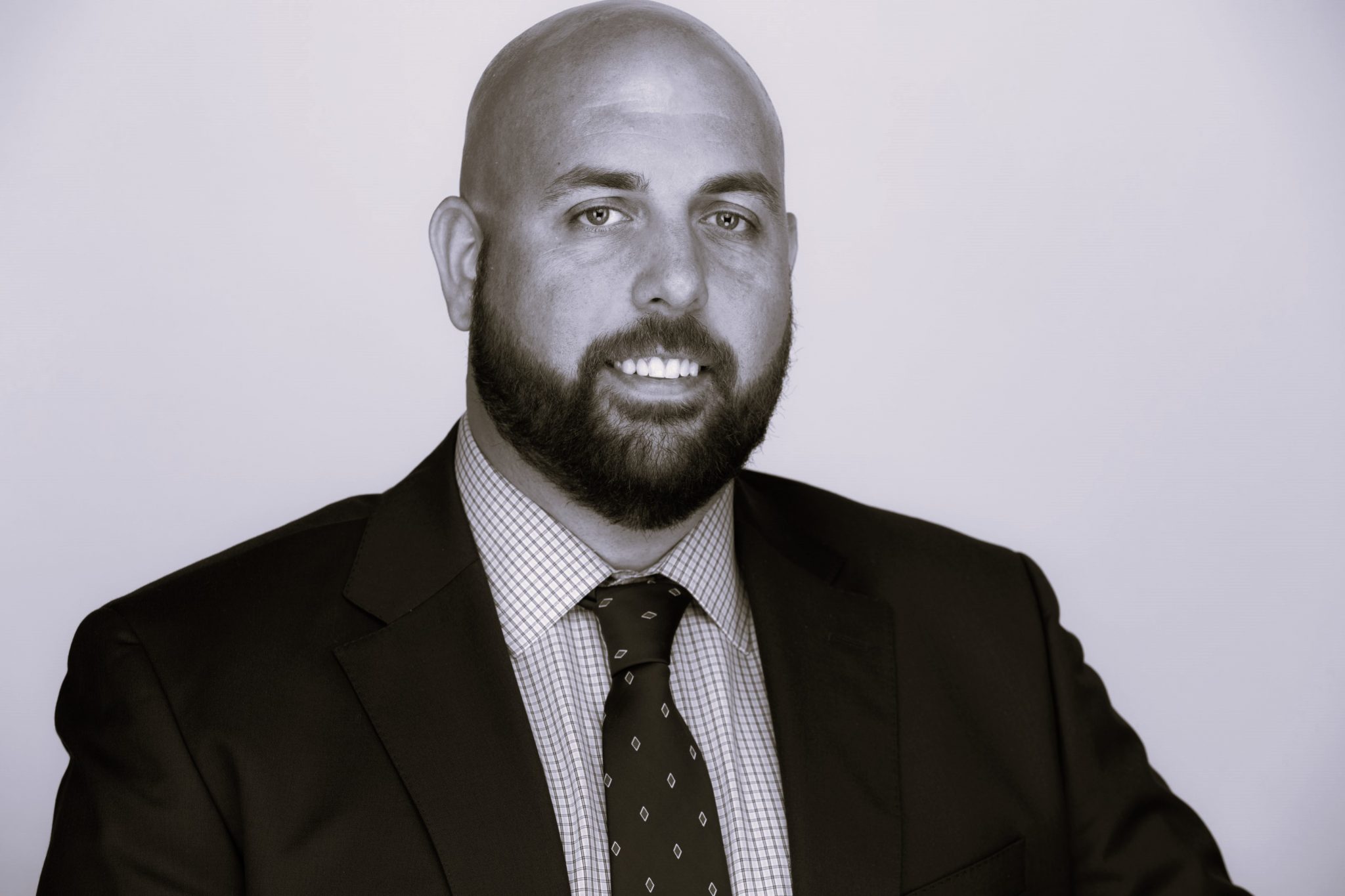 DEREK STEGELMEIER also works out of our New York office as a Director of Solutions and Deliverables. He is responsible for overseeing all phases of client deliverables and ensuring that the quality and expectations of the clients are met.

Prior to joining Legal Outsourcing 2.0, Derek worked in complex domestic and international commercial and financial litigation for Jenner & Block, an Am Law 100 law firm, from their New York City office. His role was that of a Staff Attorney. His work included large international government investigations and matters. He was involved in all phases of a matter from supervising groups of over 100 attorneys during the discovery phase to managing complex matters through quality control in preparation for trial.

He has also been employed as a Staff Attorney – Litigation at Milbank Tweed, Hadley &McCloy, another Am Law 100 law firm, from their New York City headquarters office.  He has extensive experience with several document review platforms including Relativity, Goldfynch, Indexed I/O, iConnect and Ringtail as well as Contract Extraction software and Data Breach software such as Canopy. He is an early and enthusiastic adopter of new legal technologies.

At LO2, Derek is charged with leading the legal teams and is the client-facing liaison with our American clients and partner firms. He trains the attorneys, checks their quality and develops process improvements, based on data. This ensures the highest quality of work and builds on lessons learned from each project. He is responsible for all client deliverables and ensures a cohesive and quality product from beginning to end.

In 2010 Derek received a B.A. in Philosophy and German Linguistics from Brigham Young University where he graduated with Honors. Derek received his JD/MBA from Saint Louis University in 2013 with a focus on international law. Since 2014 Derek has been an active member of the New York State Bar and is on the board of the LGBT+ Section of the Bar.

Derek is certified as an e-Discovery Specialist by ACEDS. He is also a director at large for the Metro New York Chapter of ACEDS.

Derek is fluent in English, German, Dutch and Flemish. 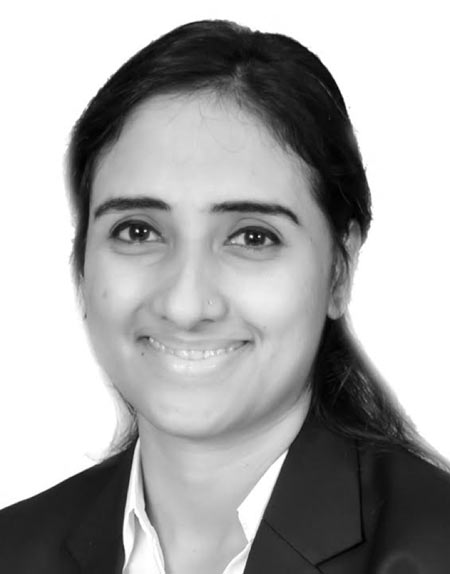 NAMRATA DUTTA works out of our India office and is our Manager of Contracts. She leads a team that uses AI tools to extract complex contractual provisions and requirements from large volumes of contracts and presents the information to clients in an easily understood format.  She basically makes order out of chaos and shines light where there was darkness.

Namrata has gained significant experience in the legal process outsourcing space with Thomson Reuters, Xerox Business Solutions and Consilio. She has led document review projects and contract extraction projects and has earned the respect of her peers, not only for her sharp intellect but for her relentless work ethic and dedication to getting the project done right and on time. 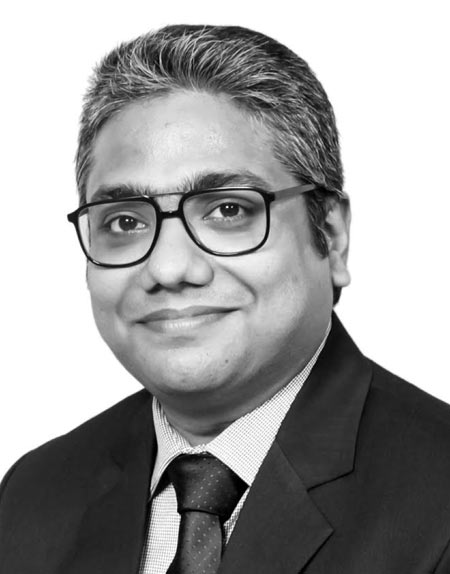 NAVONIL BHATTACHARYA works out of our India office and is our Manager of Review and Technology Services. In this position he overseas Litigation document reviews, data breach reviews and legal AI development (annotation).

Navonil cut his teeth in the legal process outsourcing space with Thomson Reuters.  He started with Thomson Reuters (Pangea 3) shortly after graduating from law school and when he left almost 5 years later he had risen to the position of Assistant Manager, overseeing the work of about 60 other lawyers.

Navonil then pursued a joint European Master of Law and Economics in Europe, before returning to India to teach Business Law and Corporate Ethics.  Fortunately, Navonil has been bitten by the Legal Process Outsourcing bug and left teaching and has been working for us in our Indian office since.

Navonil oversees the teams performing reviews and he performs analyses that allow us to make data driven decisions as to the quality of the work done by team members so we can consistently deliver quality results.

Navonil is certified as an e-Discovery Specialist by ACEDS. 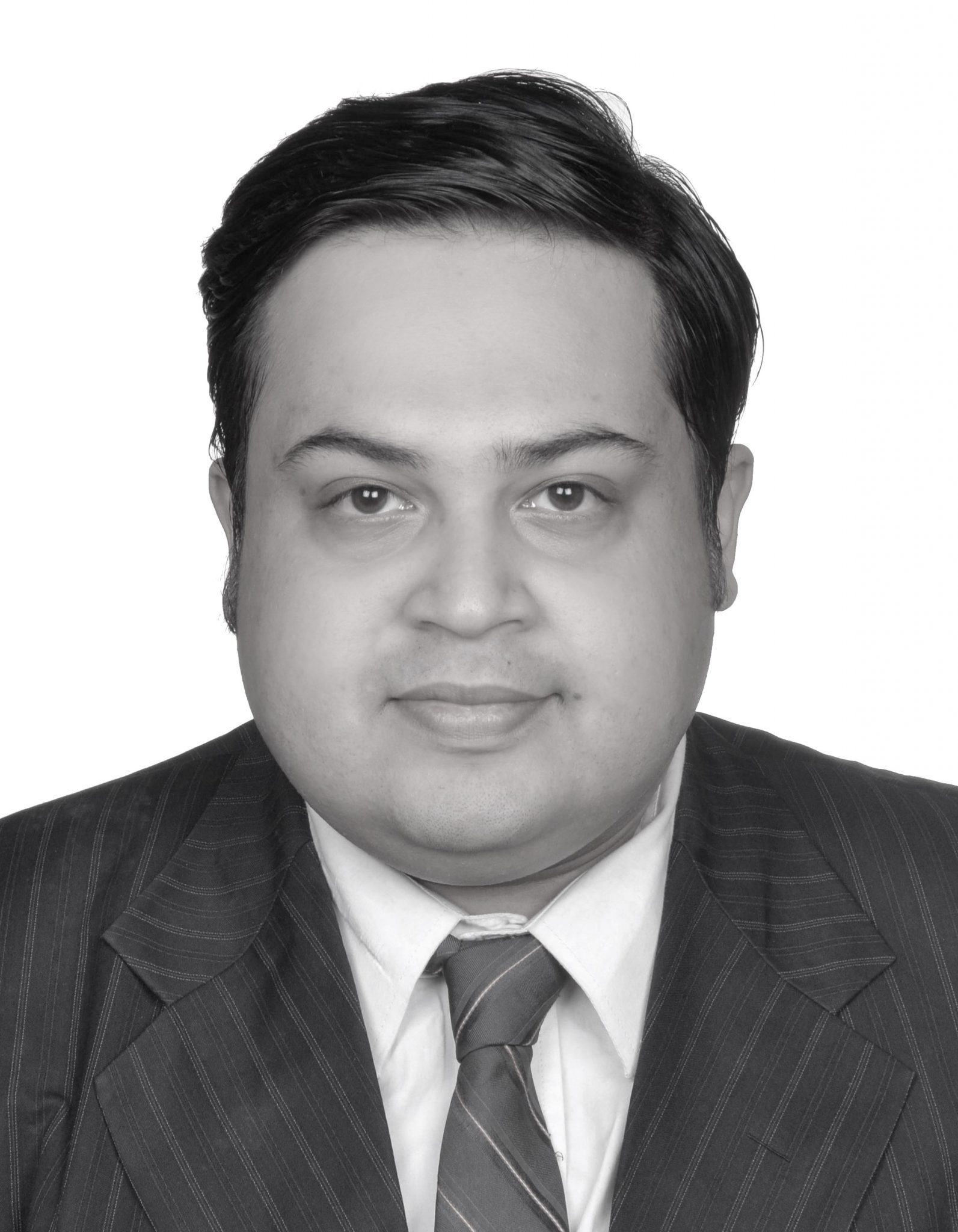 TANMOY SUKUL works out of our India office and is our Manager of Data Breach Review. He is chargedwith overseeing and supervising the Cybersecurity Incident Response activities and is a member is theCompany’s Data Security Committee.

Tanmoy started his career in 2014 with Pangea 3 (later Thomson Reuters, now EY) as an associate on thedocument review team. In 2016 Tanmoy moved to Conduent initially as a senior associate performingboth document review and SAR reviews, the UK version of a data breach review. He was promoted to asenior specialist. In 2018 Tanmoy was hired by Integreon as a senior associate performing data breachreview services. He joined us in 2020.

Tanmoy obtained his BA-LLB from Amity University in 2014.​ 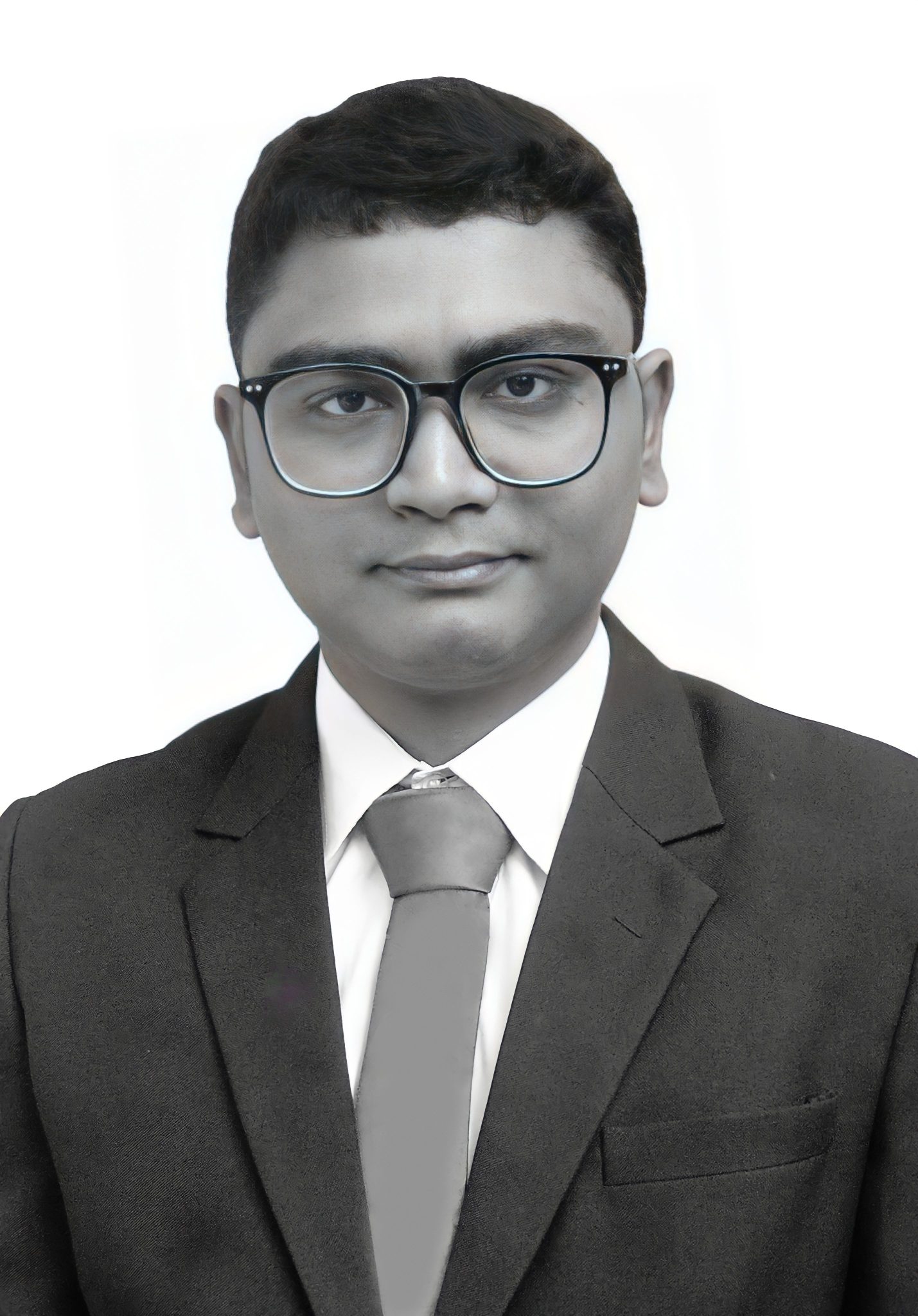 DIPANKAR MAJUMDAR works out of our India office and is our Assistant Manager of Data Breach Review. He is chargedwith helping oversee and supervise the Cybersecurity Incident Response activities and is a member is theCompany’s Data Security Committee.

Dipankar started his career in 2014 with Quislex reviewing and creating search terms for breaches on thedocument review team. In 2016 Dipankar moved to civil practice where he worked as a Junior Advocate performing research and drafting petitions. He joined us in 2019 where he quickly rose from doing first line data breach review to answering team questions, working as a team lead and finally as the Assistant Manager. His quick grasp of data breach has been an asset to the company. His technical skills have been particularly useful in creating the notification lists. 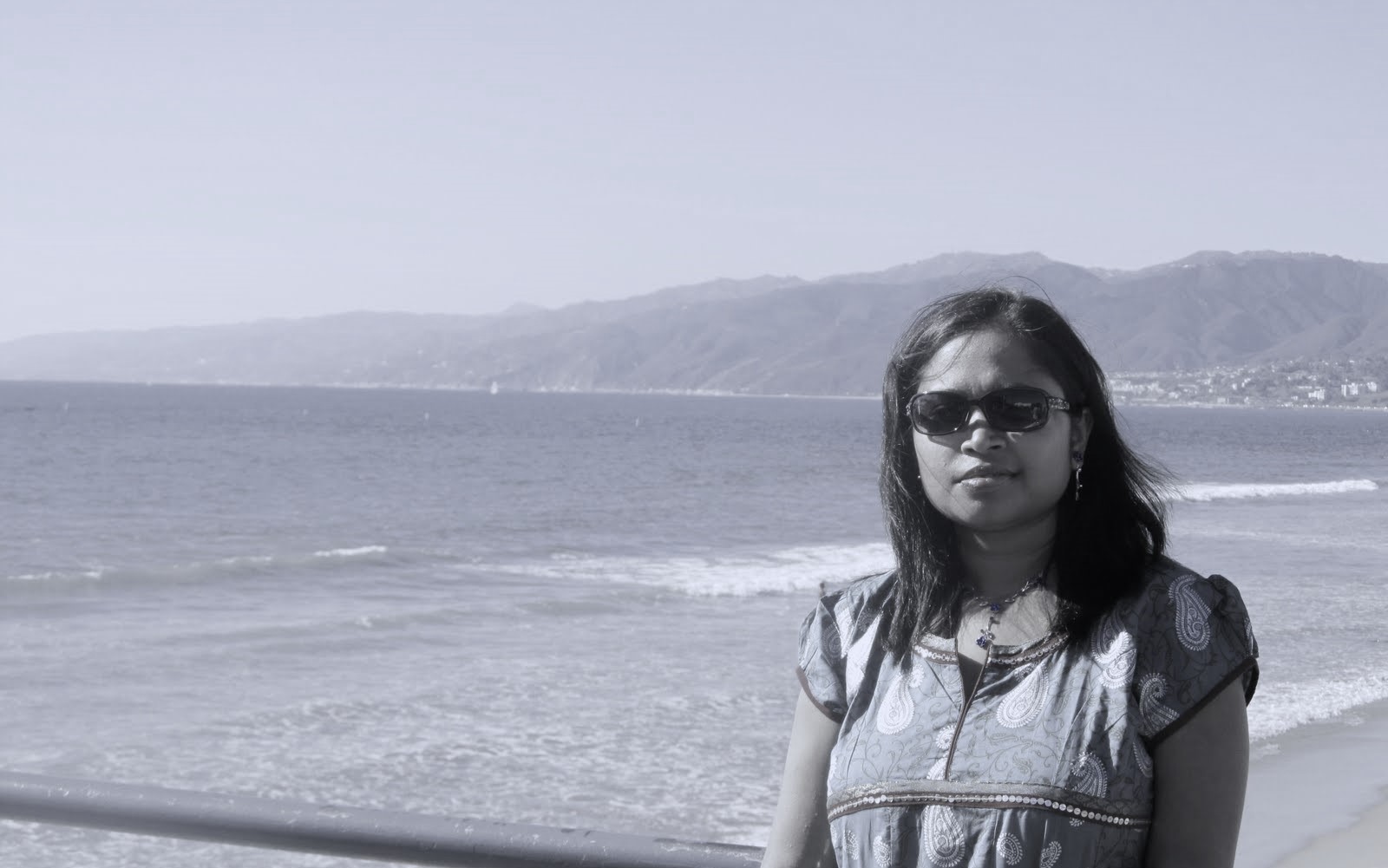 SHAMPA NAYAK works out of our India Kolkata office and is our Chief Technology Officer. In this
position she oversees the current technology and creates relevant policies. Shampa applies the
business knowledge necessary to align technology-related decisions with our organization’s technology and security philosophy.
She sets the technical direction for our business product development; creates and executes
strategic plans; identifies the exact resources necessary to put the plan into action and oversees the
entire process from beginning to end.

Shampa is a versatile and goal-oriented professional, targeting senior-level assignments in Server
Administration, and Project Management with reputed organizations such as Tata Consultancy Services, HP and
Global Soft. She has worked for American clients for over 10 years both in India and in the United States.

Shampa has extensive experience working in a waterfall model and Agile development environments
as Project Manager. She is an expert with Java/J2EE, web services and development
of service-oriented applications. She has a sound understanding of object-oriented design and
programming. She develops advanced concepts, techniques and standards within the company.
Shampa works to identify and resolving infrastructure related issues through integration of
WebLogic Servers by providing 24×7 support, following SLA specifications, and conducting
application operation management tasks.